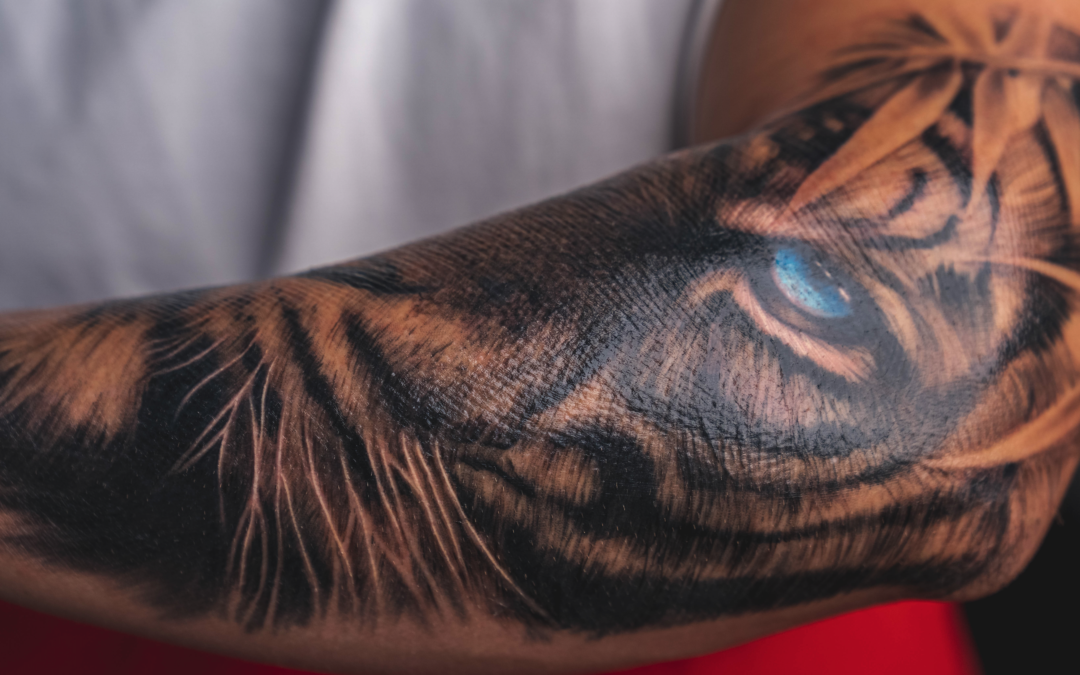 TATTOOS: ALL YOU NEED TO KNOW

Have you ever wondered where the word tattoo came from? How we figured out that poking ink into our skin could actually create beautiful pieces of art?

As it turns out, tattoos have been around for thousands of years, gradually transforming into the modern artworks we see on people’s skin today.

Along the way, tattoos have faced an uphill battle against stigmas, but recently they’ve become much more common and loved by almost everyone.

In this post, we’ll guide you through the fascinating world of tattooing, from the different type of styles to facts about tattoos that you probably don’t know. 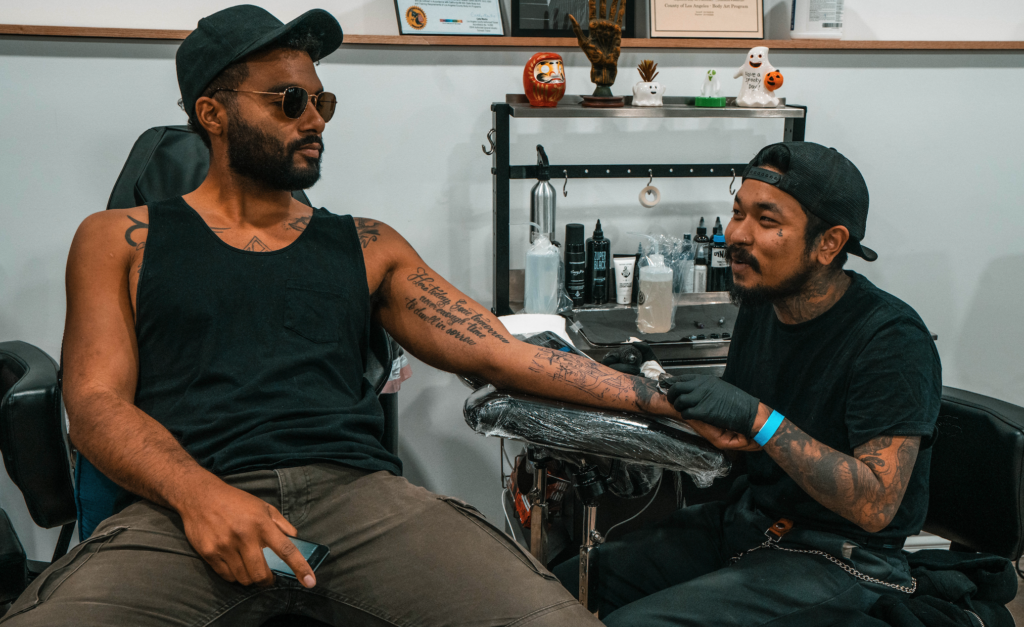 What is a Tattoo? Definition

While the question may seem simple enough, asking “What is a tattoo?” can offer answers that might lead in many different directions.

Tattoos are permanent markings on the skin made with ink and needles. Once the ink is deposited into the second layer of skin known as the dermis, the wound scabs over and the skin heals to expose a design under the new layer.

Tattoos have undergone a progression of acceptance throughout history.

Beginning in ancient times as a sign of status or rank, then evolving into a highly stigmatized mark of a criminal, now to an incredible form of expressing oneself, it’s been a long journey for tattoos.

“Tattoos are for criminals and lower class”

China and Japan contributed largely to the negative stigma of tattoos, identifying Yakuza members and criminals with forehead tattoos.

It became a widespread notion that tattoos were associated with the lower class and sailors.

More westward, sailors who traveled from port to port spread awareness and interest in tattoos.

Hildebrandt, the first tattoo artist in the United States, worked primarily on members of the military and sailors during the Civil War.

As a result, the military became the first group in the US to widely accept tattoos, and still do to this day.

Tattoos as a symbol of women’s liberation

Although society was somewhat more accepting of tattoos at this point, that acceptance was only extended to men.

Gender has played a large role in the acceptance and perception of tattoos, and still does.

In the 1800s, women had to have written permission from their husbands or fathers in order to get a tattoo, which was exceedingly rare.

Soon enough, feminism became popular as women fought for equality in the 1900s. Stereotypes were challenged, pants were worn, and hairs were cut.

A woman getting a tattoo became a way to regain control over their own body.

These designs were delicate and feminine, like butterflies, flowers, and hearts on the lower back or the ankle. 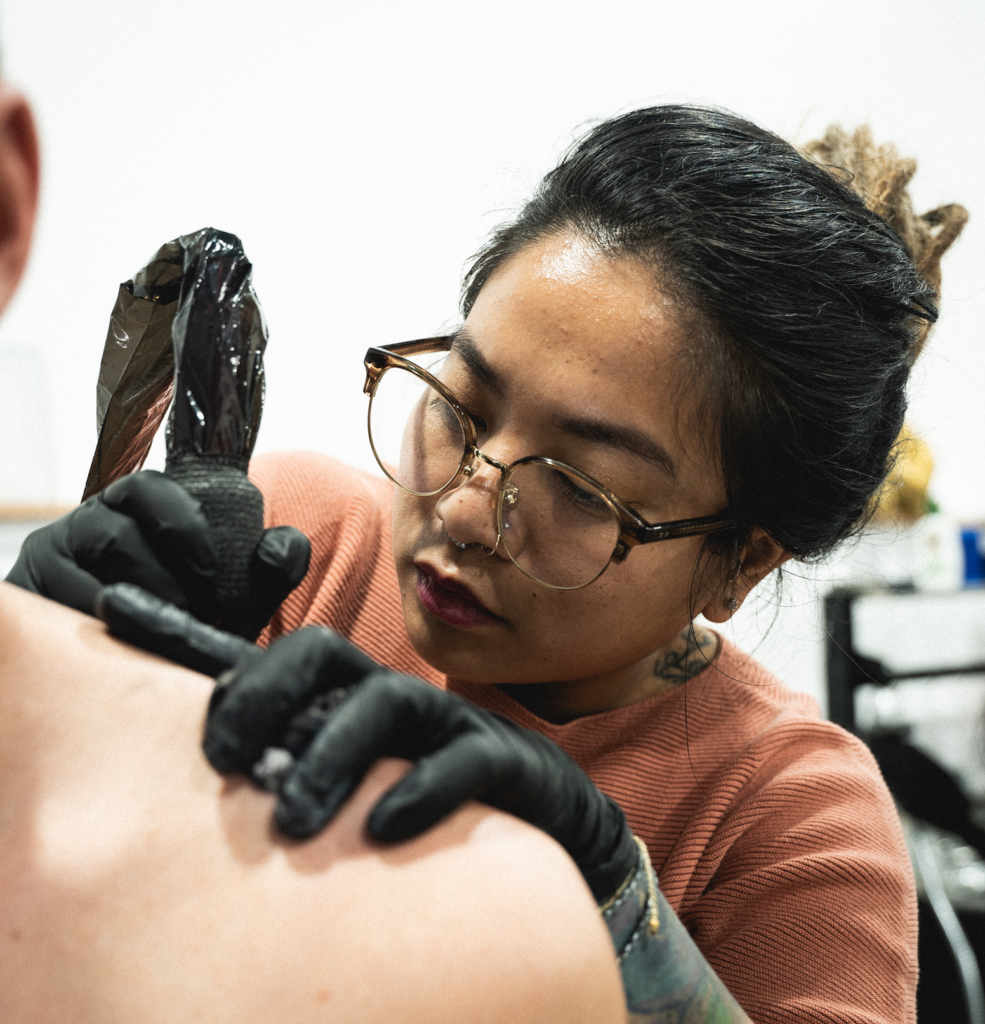 The raise of tattoo culture: the influence of “Miami Ink”

So, how did tattoos break through the barrier and become mainstream?

For the most part, it can be traced back to 2005, when a little show called Miami Ink first aired in the USA.

This show captivated audiences and showed millions of people what the inside of a tattoo parlor looked like for the first time.

They showcased incredible works of art, and people from all over the world traveled to Miami just to be tattooed.

This show aired in over 160 countries, and made tattoo artists into celebrities.

Names like Tommy Montoya and Kat Von D became household names, shooting to stardom for their tattoos and eccentric style.

Fans witnessed a revolution in the tattooing industry, and millions took the plunge and got their very own tattoos. 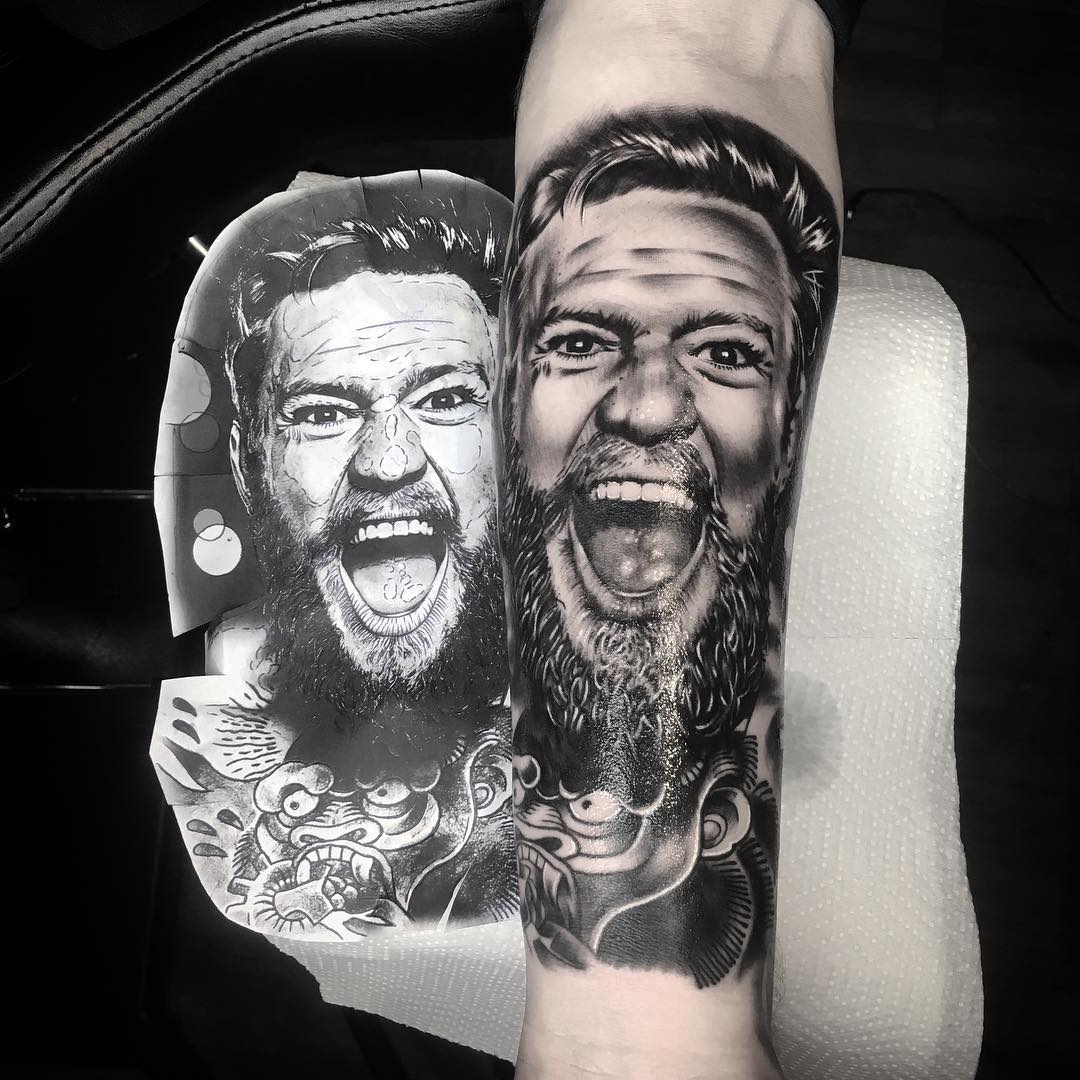 Looking for a professional tattoo shop in LA? Visit us here:

Tattoos in the Workplace

There is still a widespread policy in businesses that no tattoos should be visible, especially in an office setting.

Although many modern businesses are transitioning to allow body modifications like tattoos and piercings, there is still an outdated perception that the public does not want to see them.

As the internet and the technology around tattooing evolves, so too will society’s perception of tattoos.

Tattoos will become less marginalized and more commonplace, and business policies and public perceptions will transform as well.

Social media was another huge step for tattoos in society.

Social media became a place for people to share new designs and styles.

Most people who are planning on getting a new tattoo turn to the internet and social media for ideas. 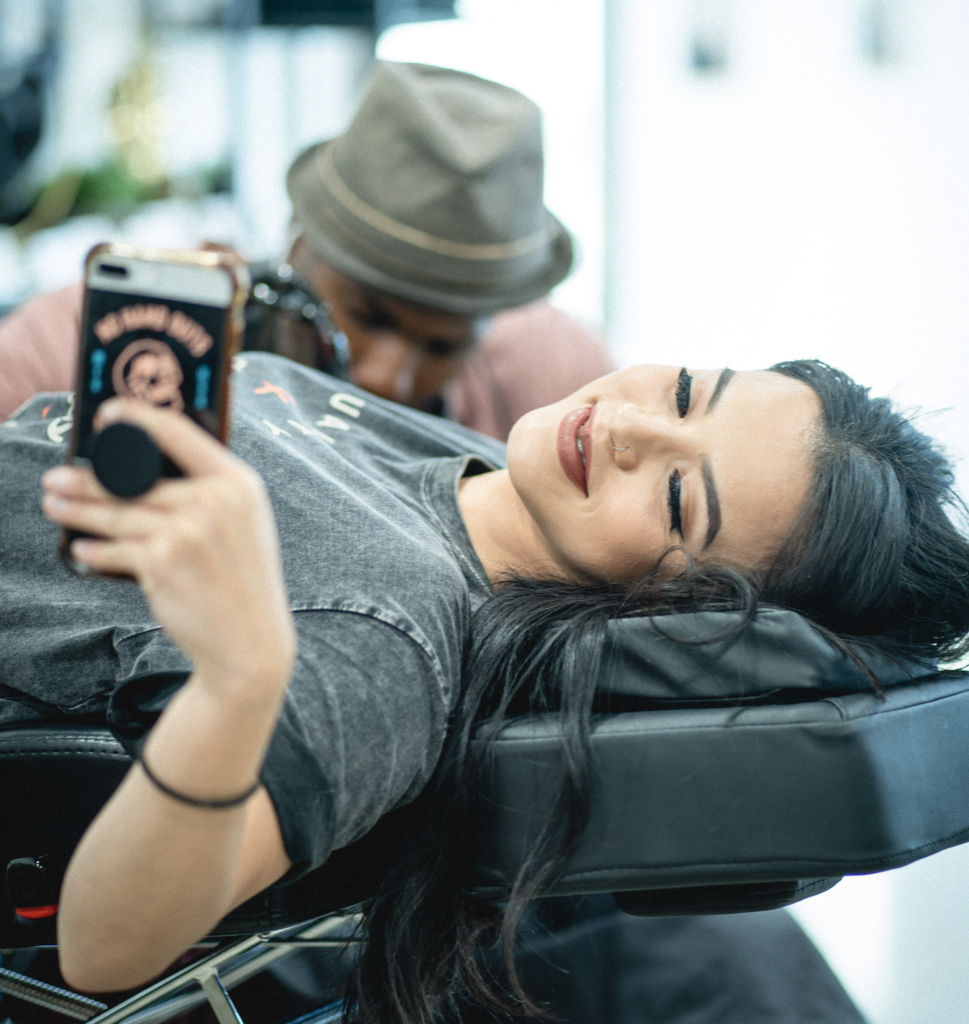 As tattoos have become more popular, more styles have emerged.

You could scroll through Pinterest tattoos for hours, and still never see all the styles out there.

These are short definitions of some of the most common tattoo styles:

This style uses soft shading and precise linework to create black and grey tattoos with depth and dimension. 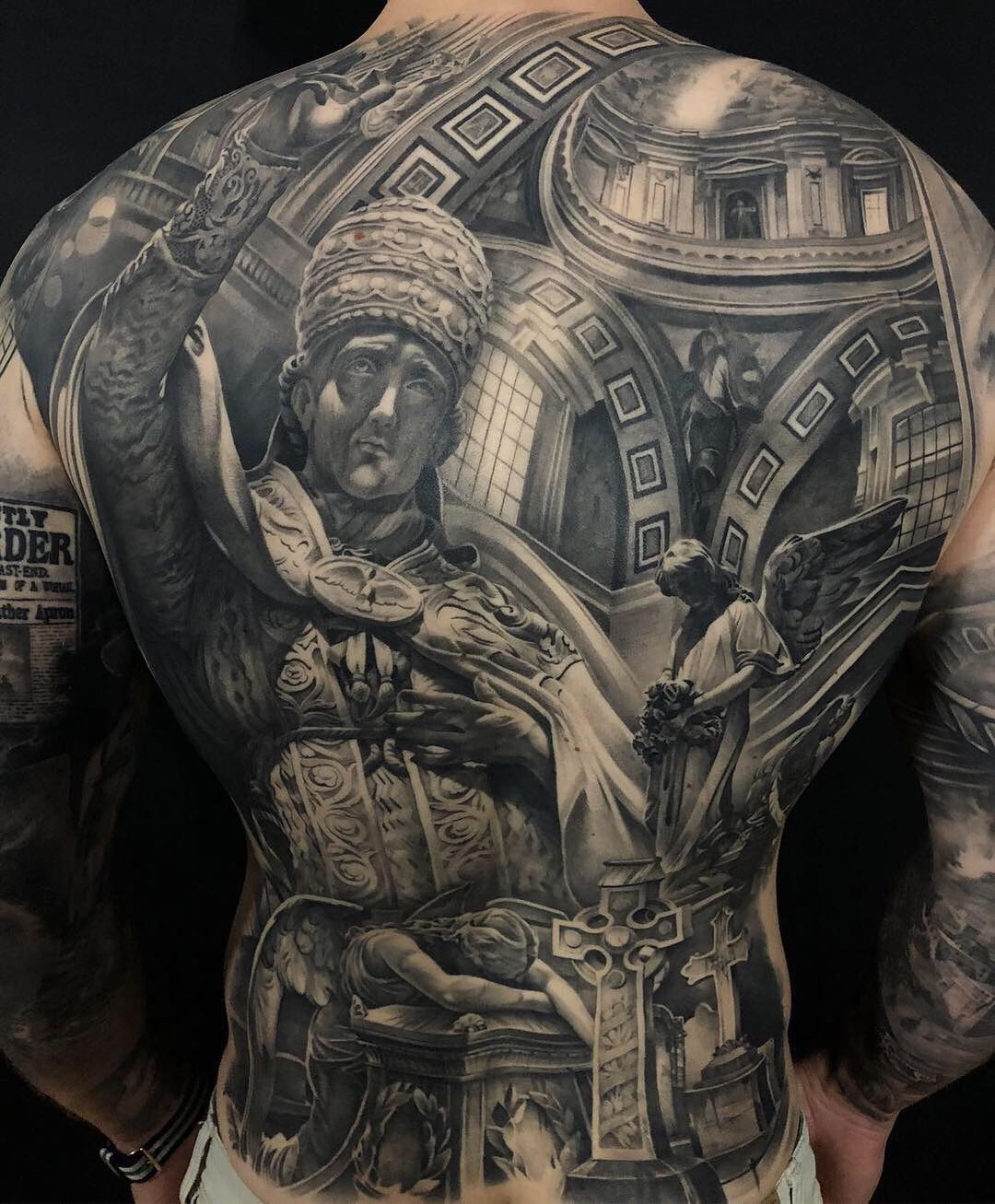 Realistic tattoos look more like a photograph than a tattoo, and capture people, animals, and places in exquisite detail. 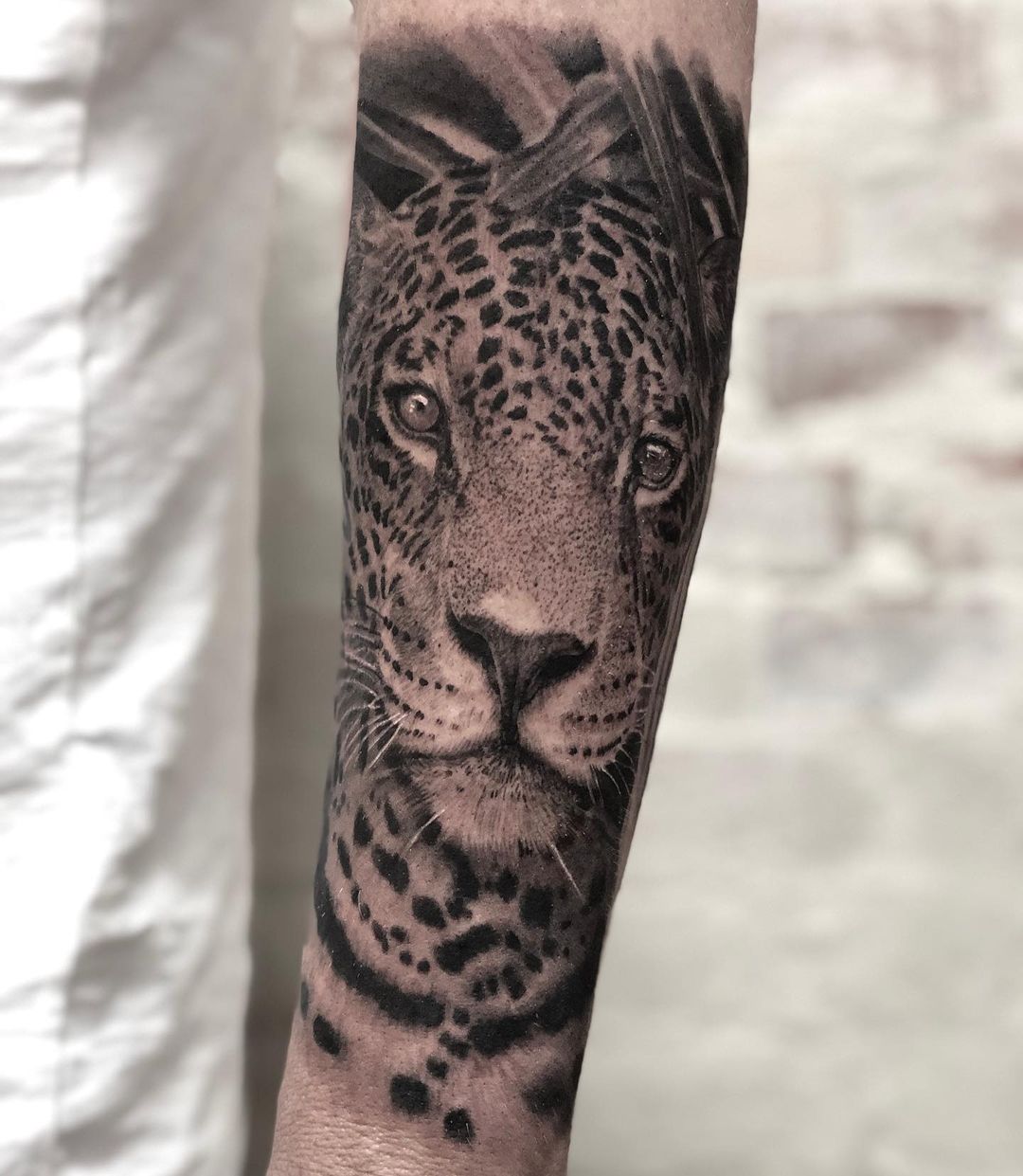 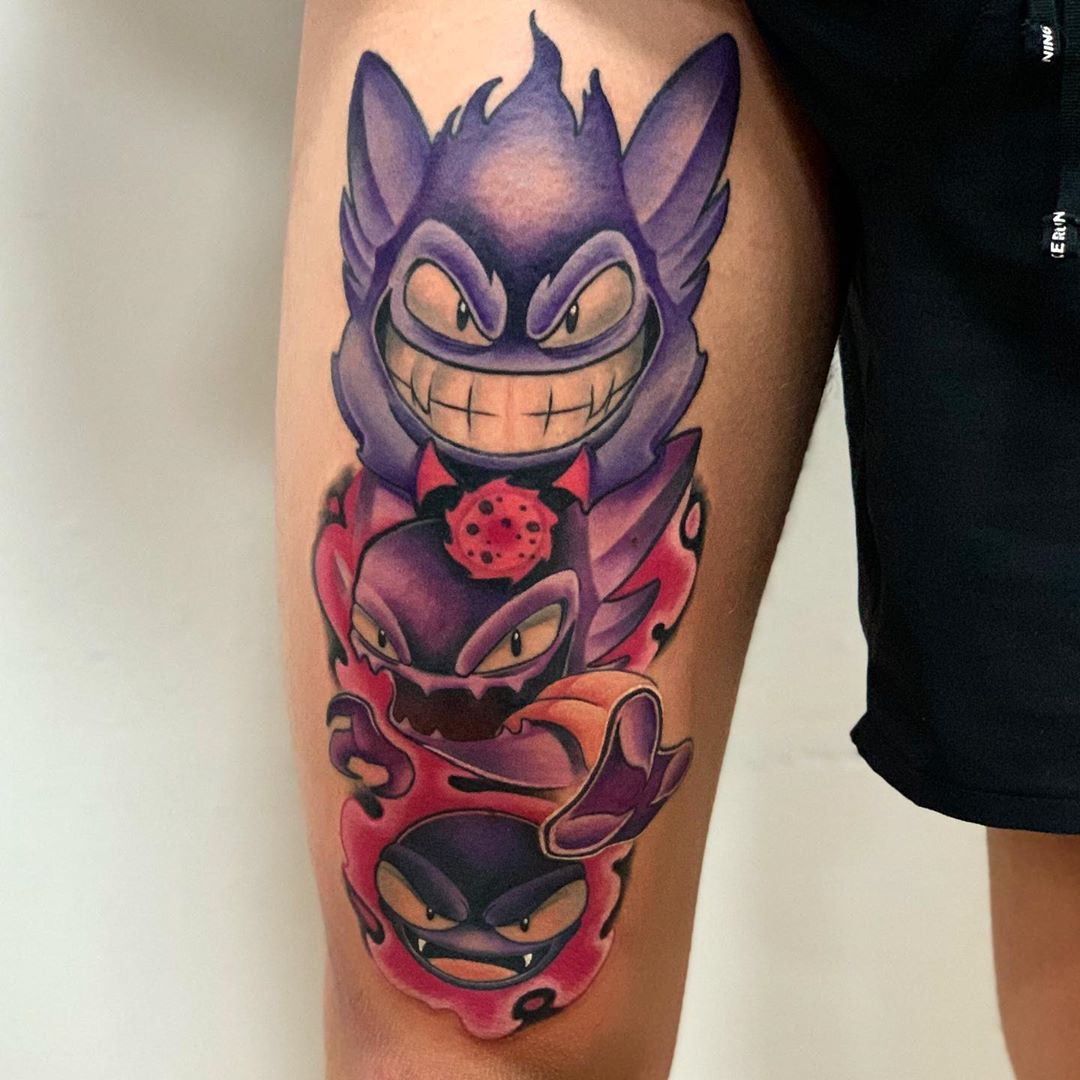 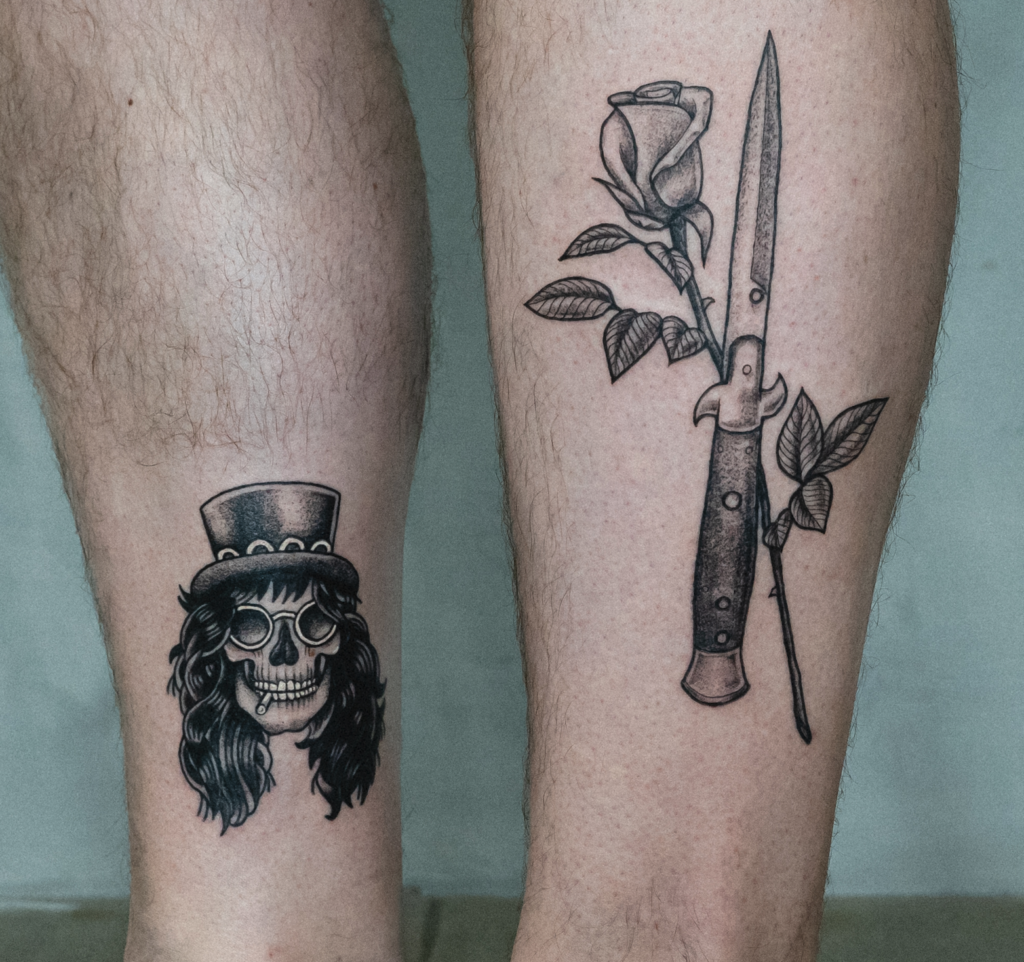 Combines past with present, traditional linework and designs with an eye-catching, modern color palette.

Uses little to no black ink, only bright hues that blend well like a painting. The final product looks like a watercolor painting rather than a tattoo. 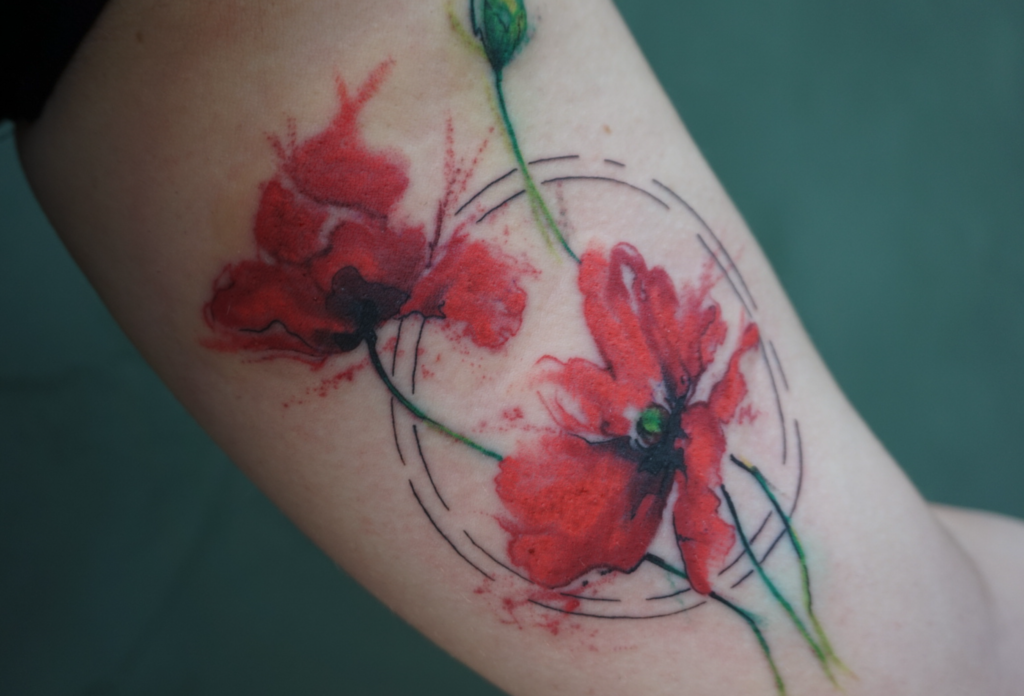 A style that is not easily describable, but uses lines, shapes, and color to create an abstract image. 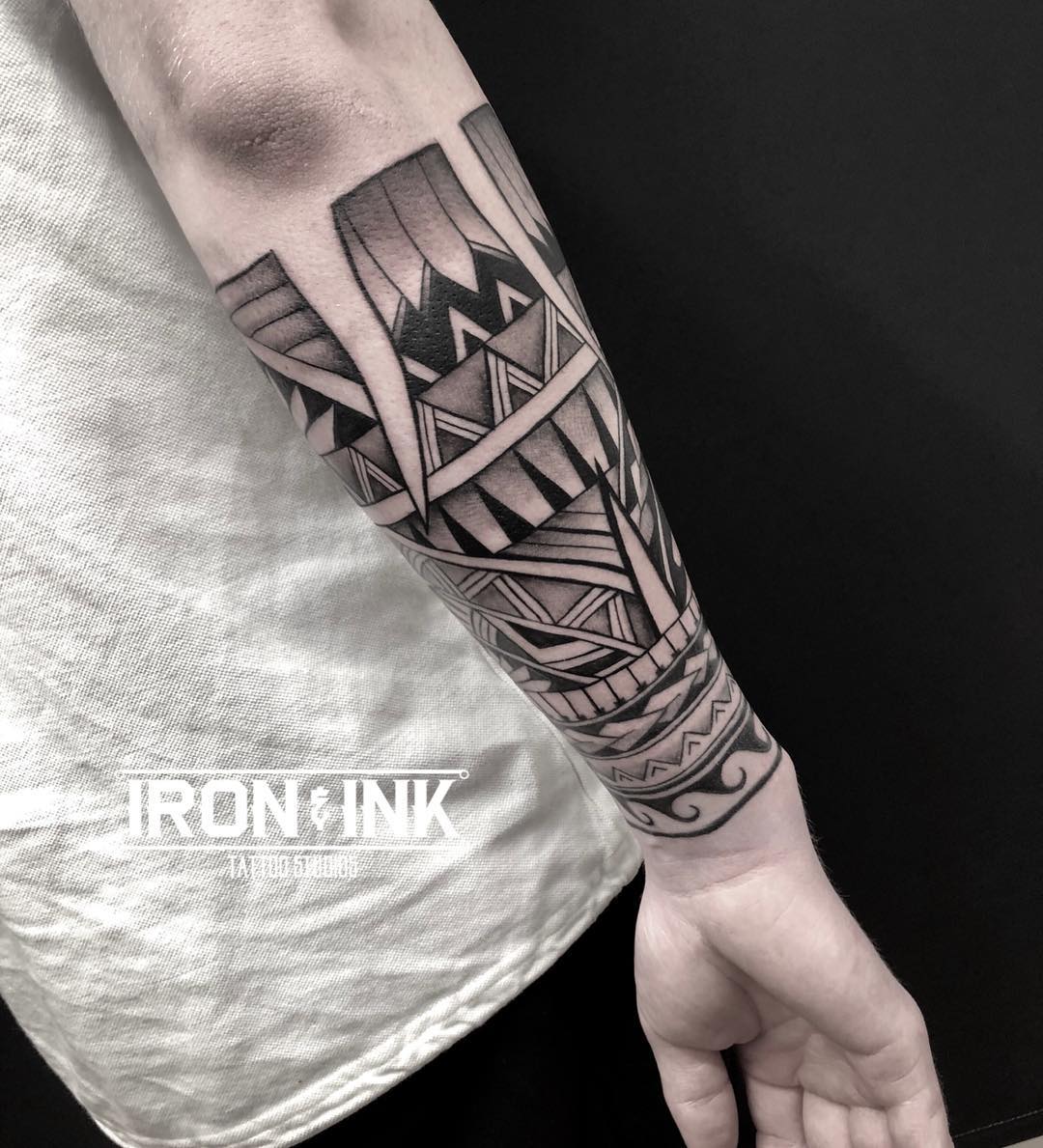 This style is more modern and uses fine lines and precise shapes to create a mathematically accurate tattoo of shapes. 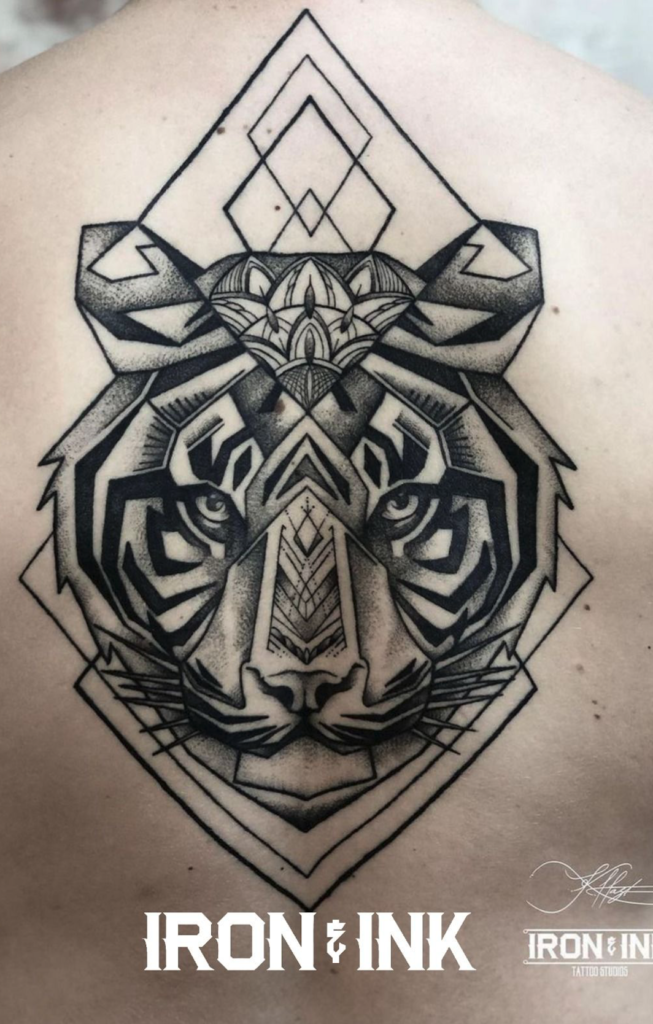 Nordic symbols of lines, shapes, and gods to symbolize power and protection. 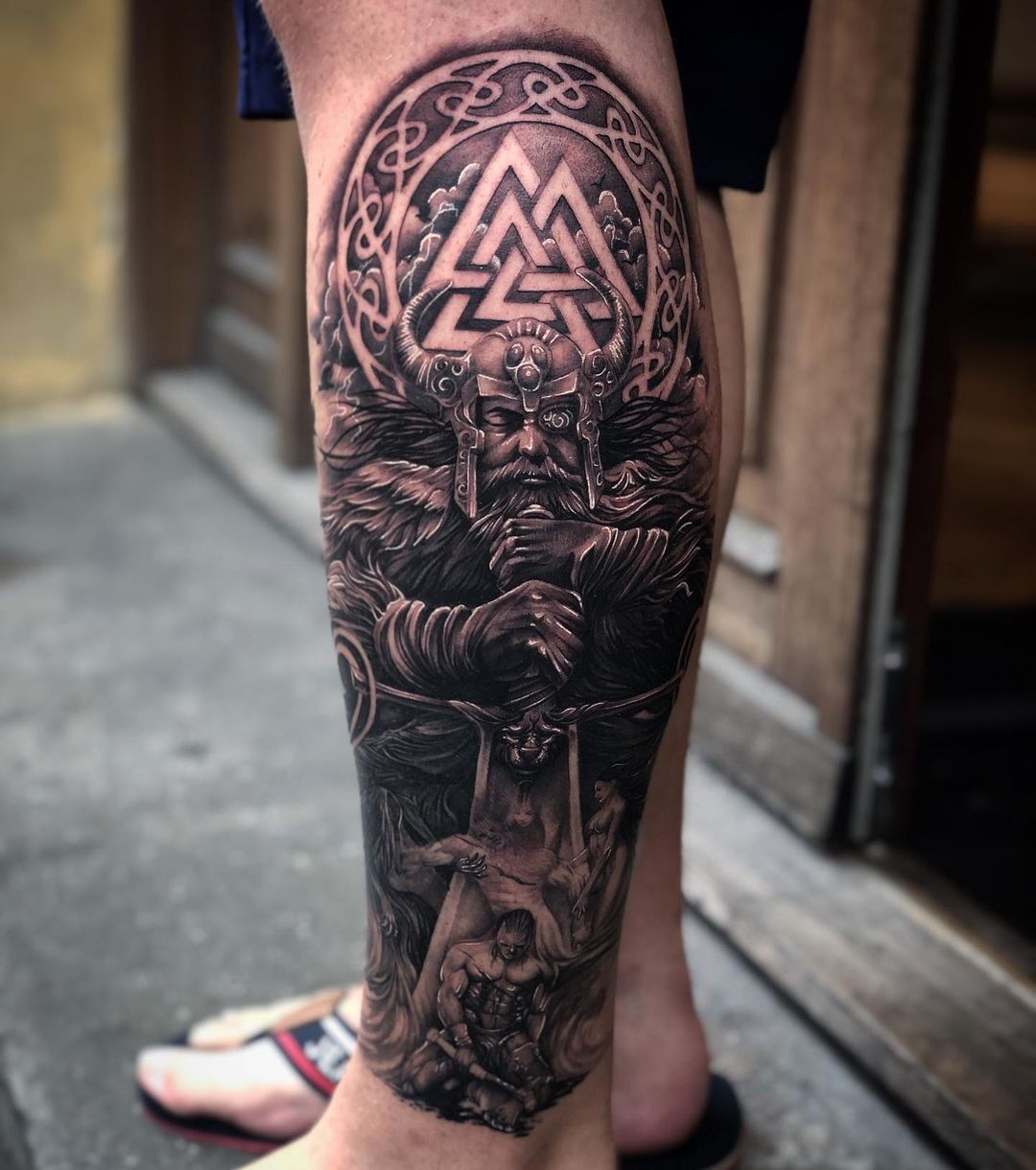 You can’t decide on the style of your new tattoo? Send us a message and we will help you find the perfect one for you.

For a lot of people, tattoos have a deep meaning of an important person, place, or memory in their life.

The ink on their skin serves as a memorial of something special, or as a reminder of a challenge they once overcame.

Tattoos don’t always have to have a meaning behind them, though.

Some people just like the way the design looks and want it tattooed on their body, and that’s perfectly okay too.

If you have a meaningful story behind a tattoo, that’s great and people will love to hear it. However, if you don’t, it doesn’t make your tattoo any less justified.

These are some common tattoos and their meanings:

Empowerment to grow and flourish 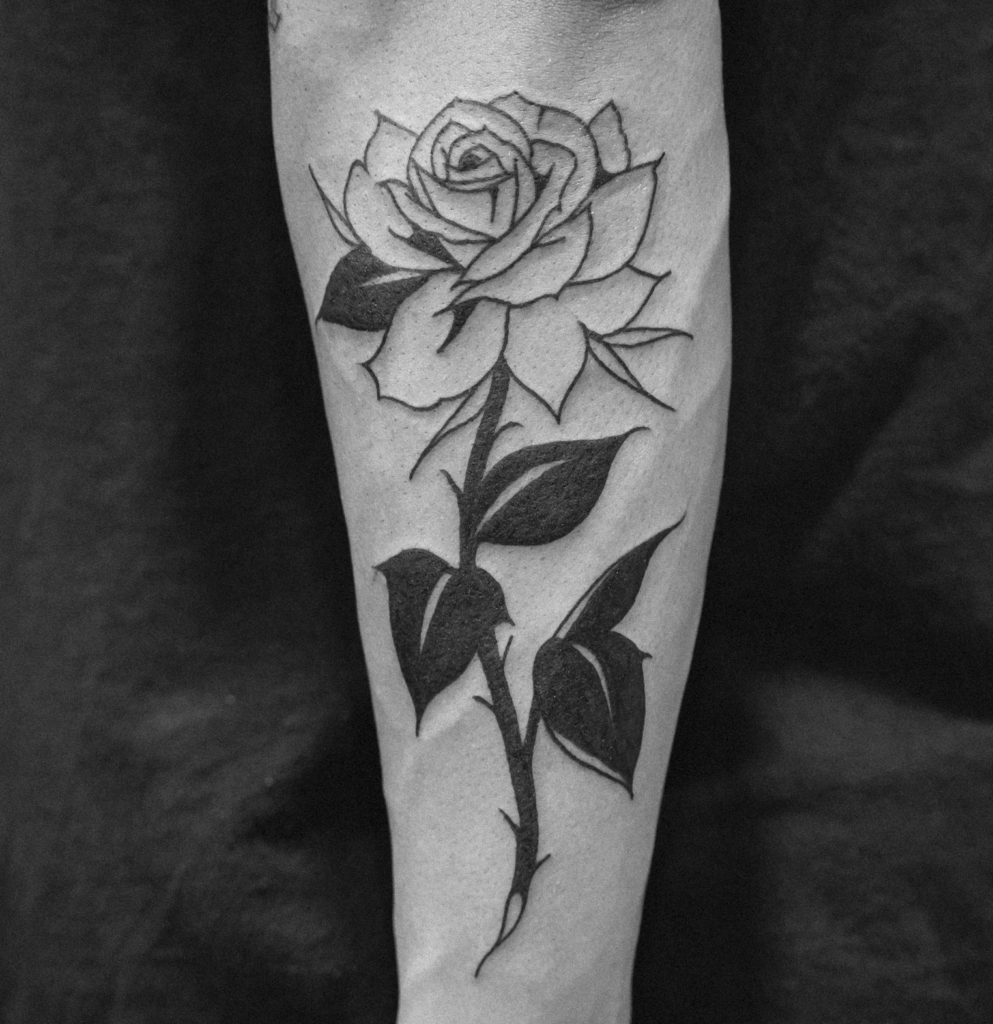 The spirit animal of a brave person 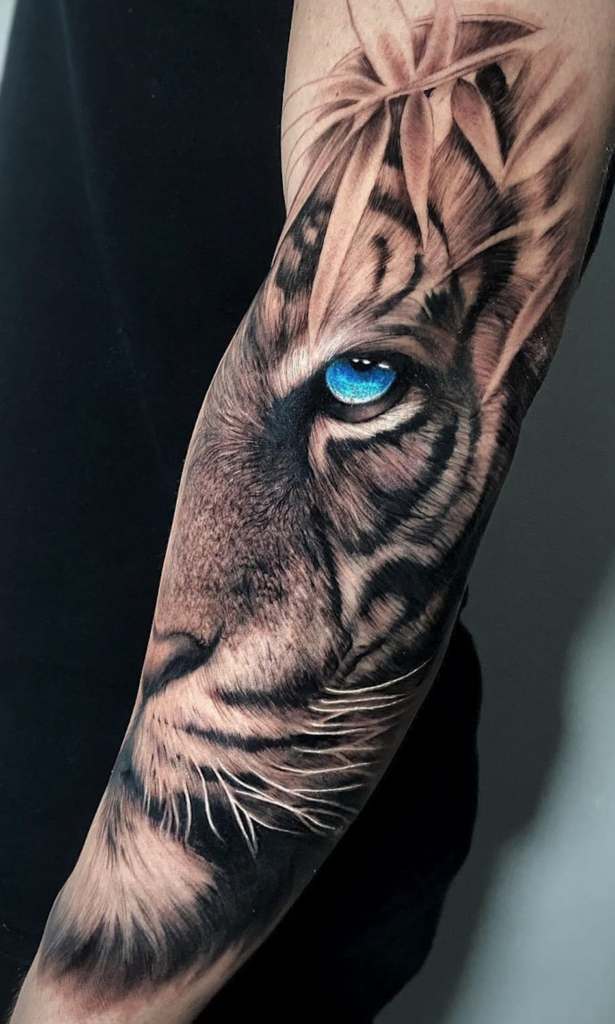 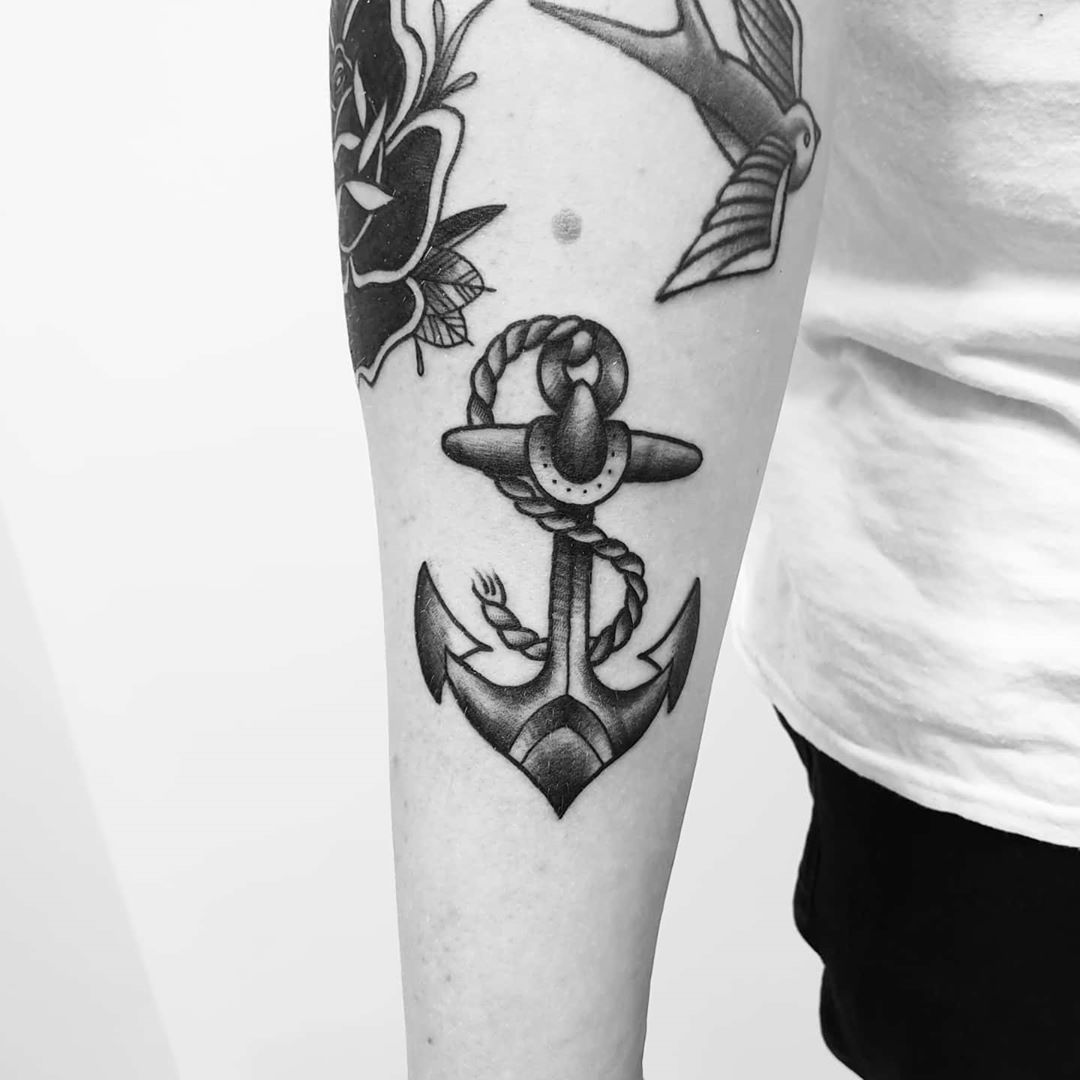 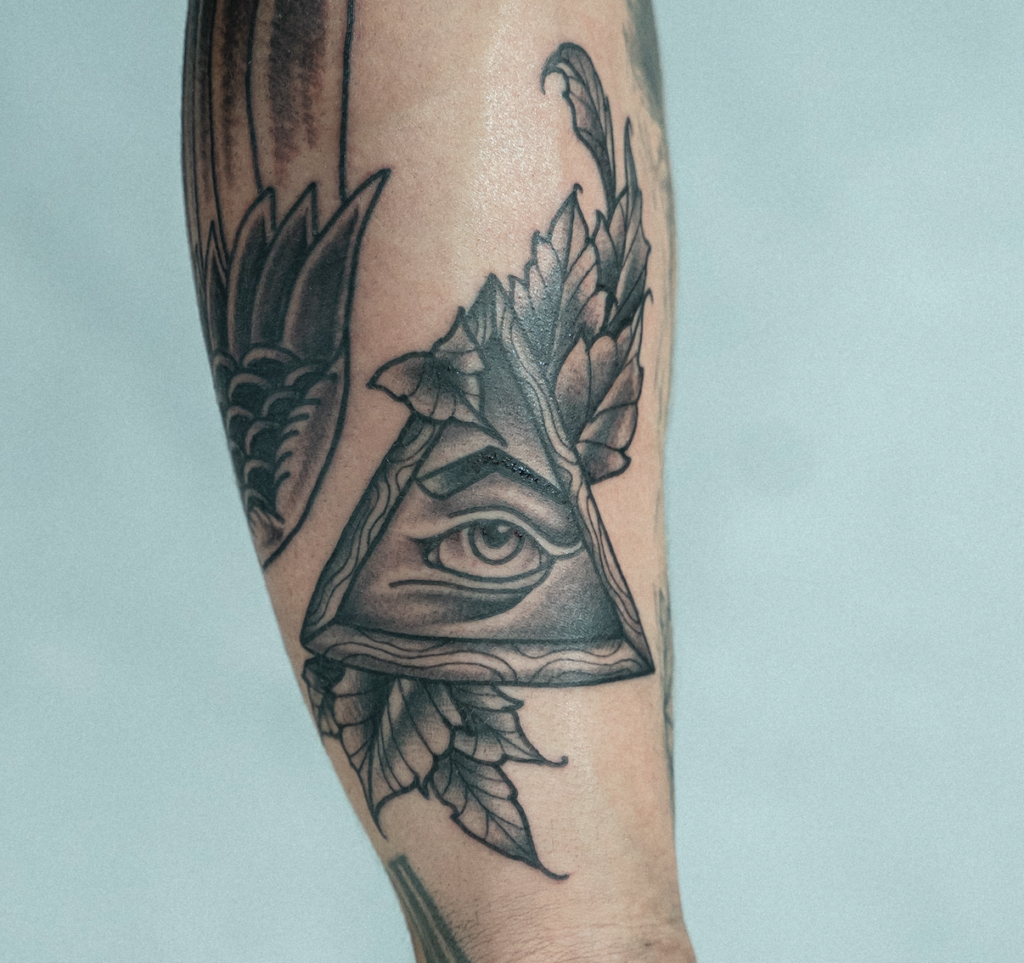 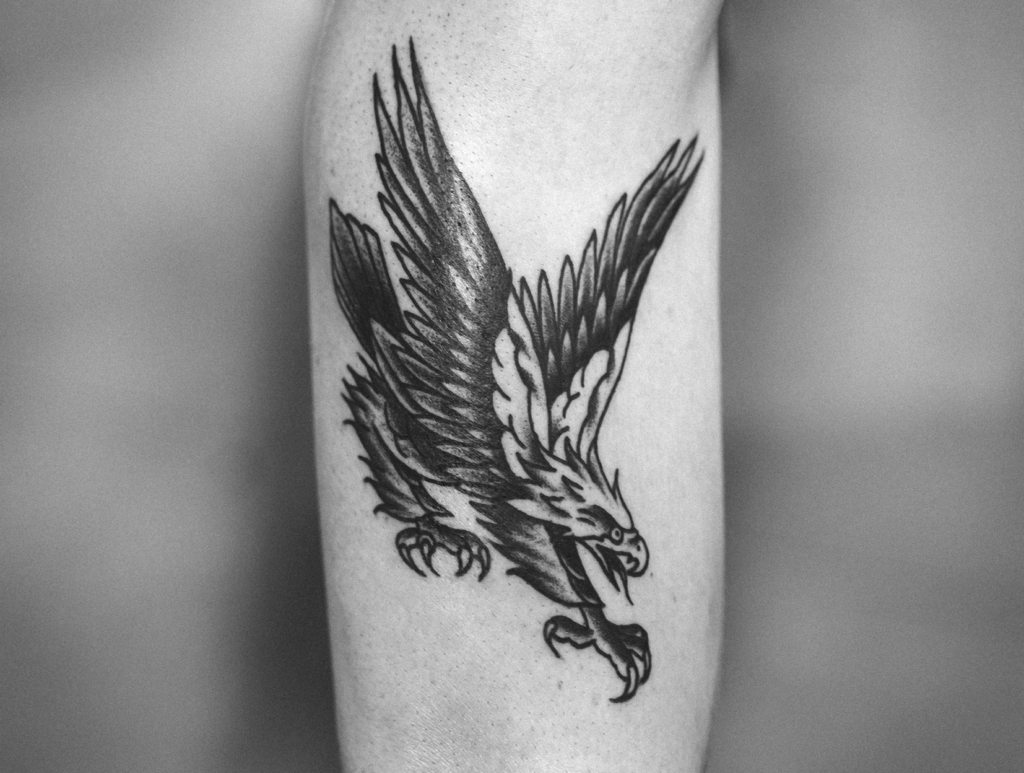 Rising above to enlightenment 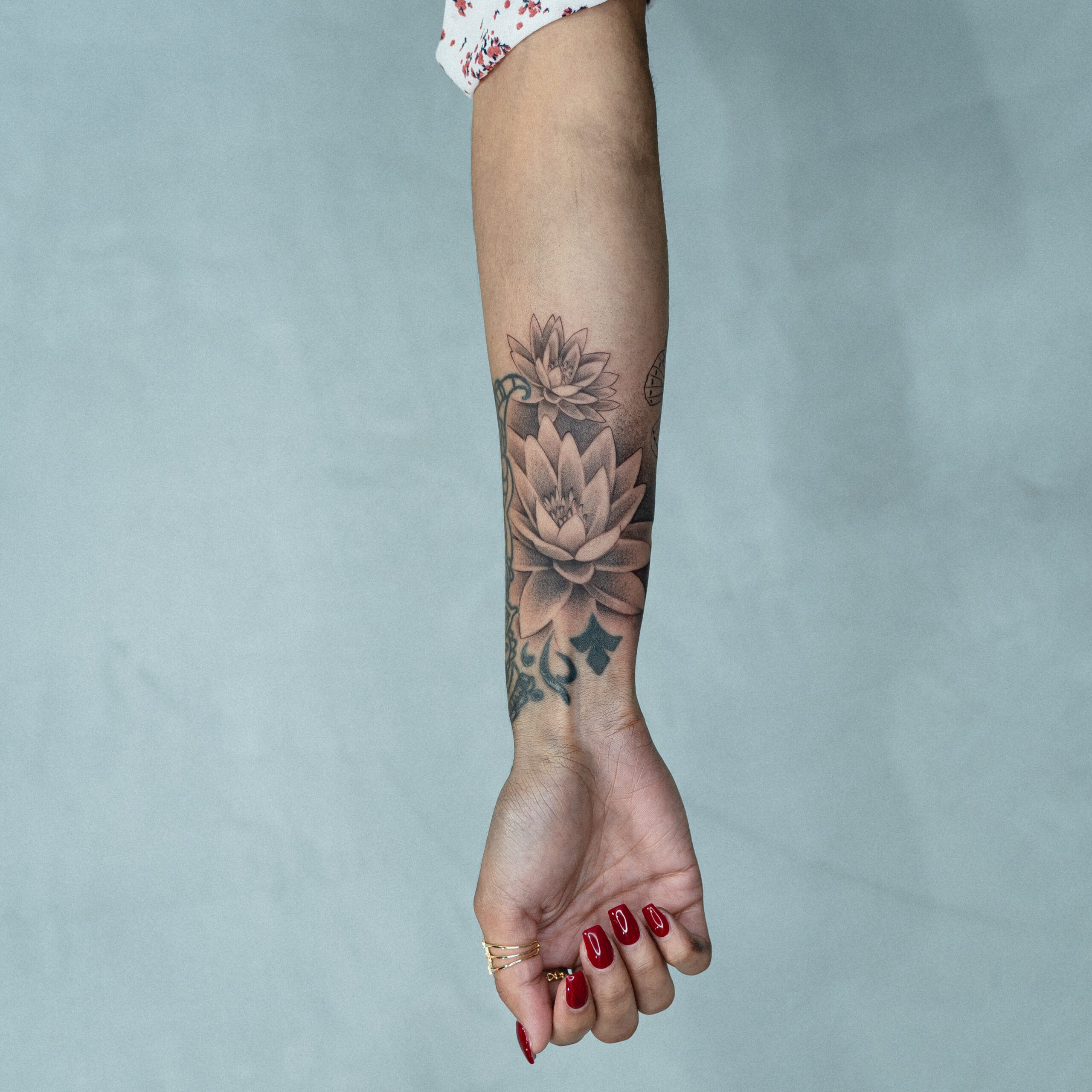 Choosing to continue on after a struggle 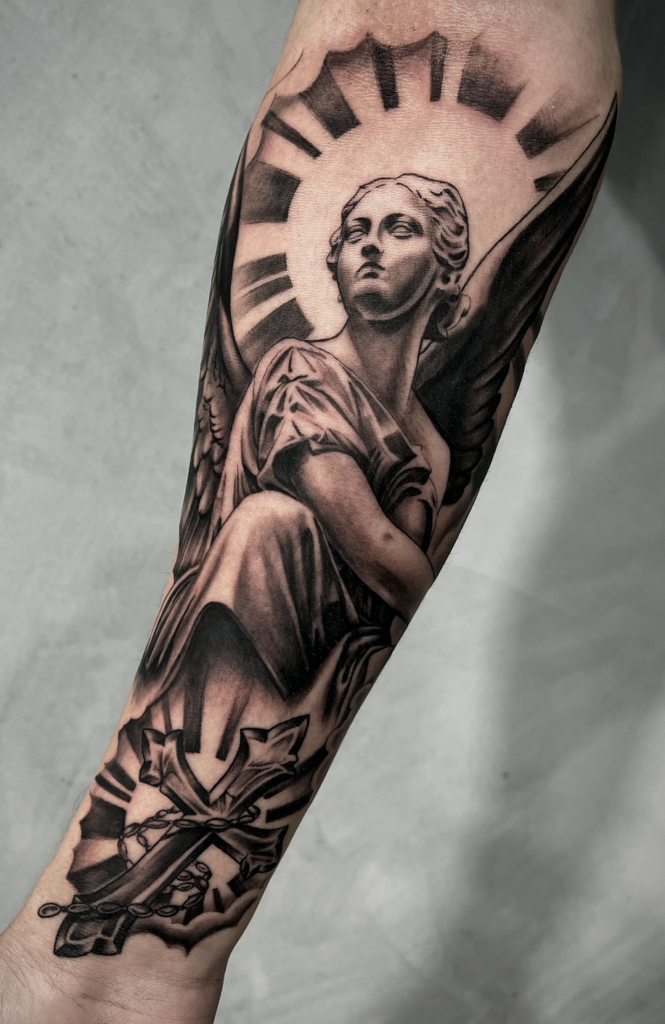 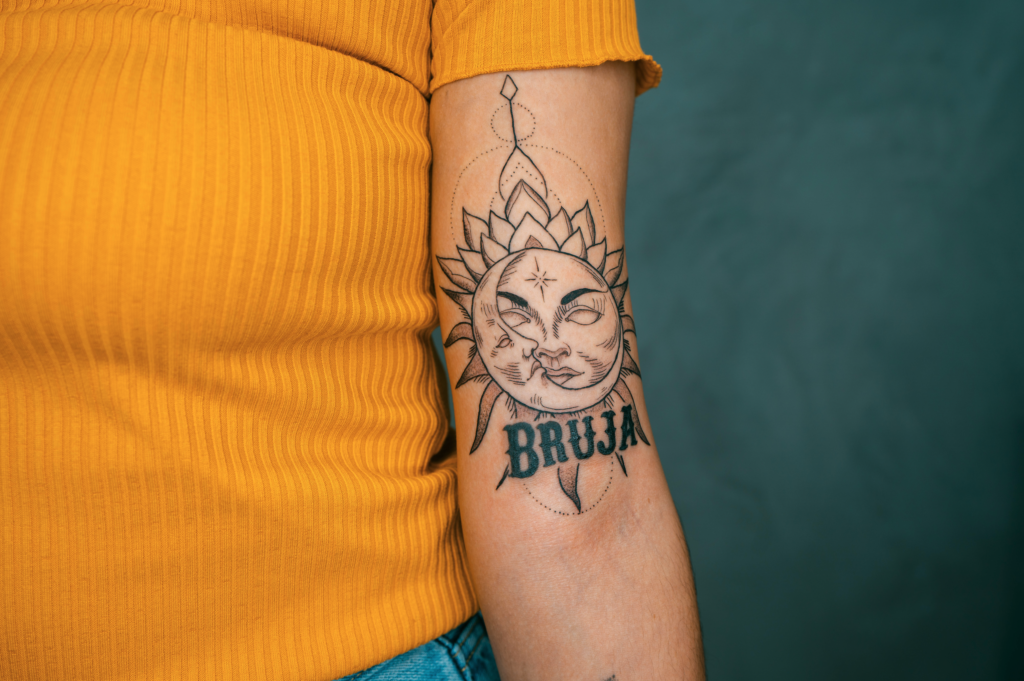 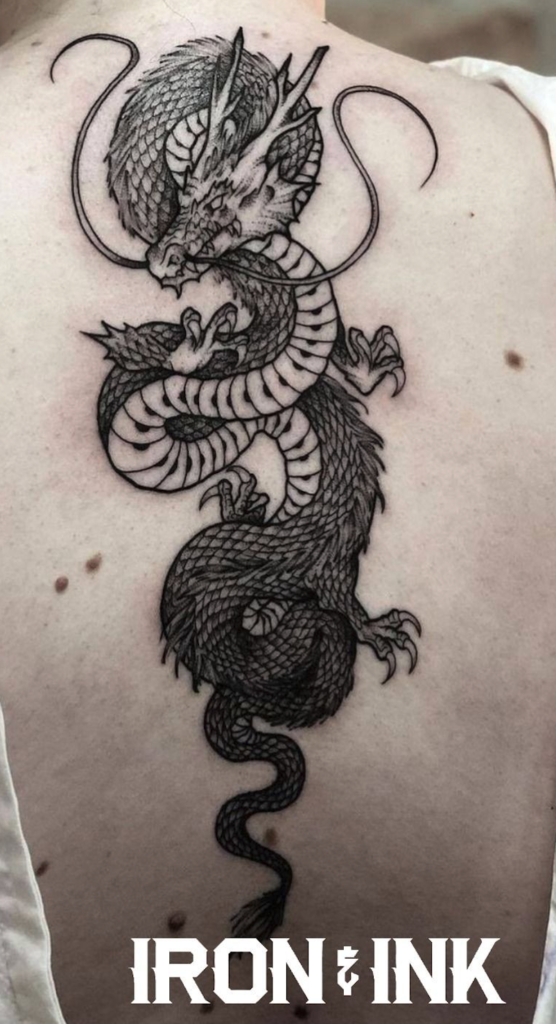 Rising from the ashes, transformation, or rebirth 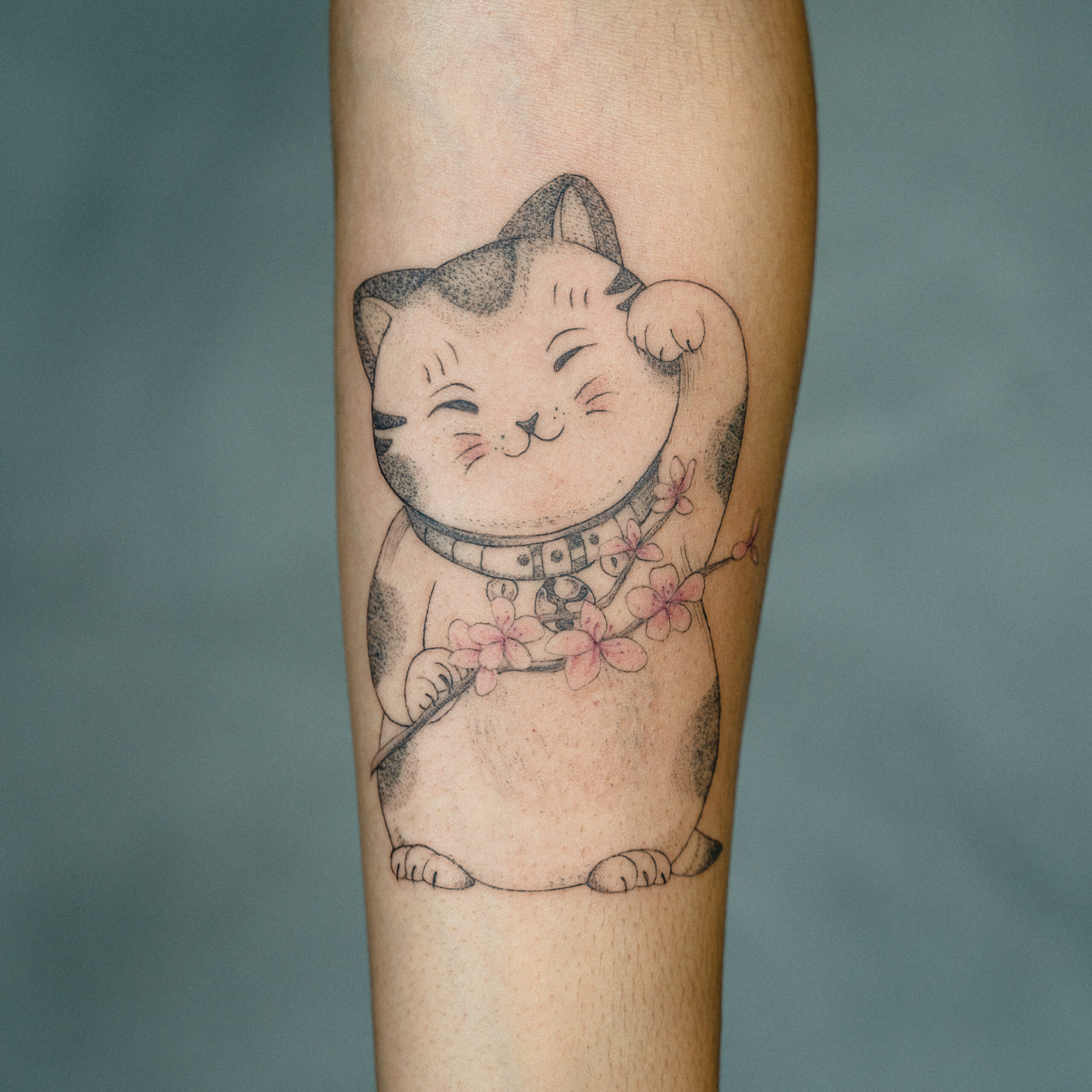 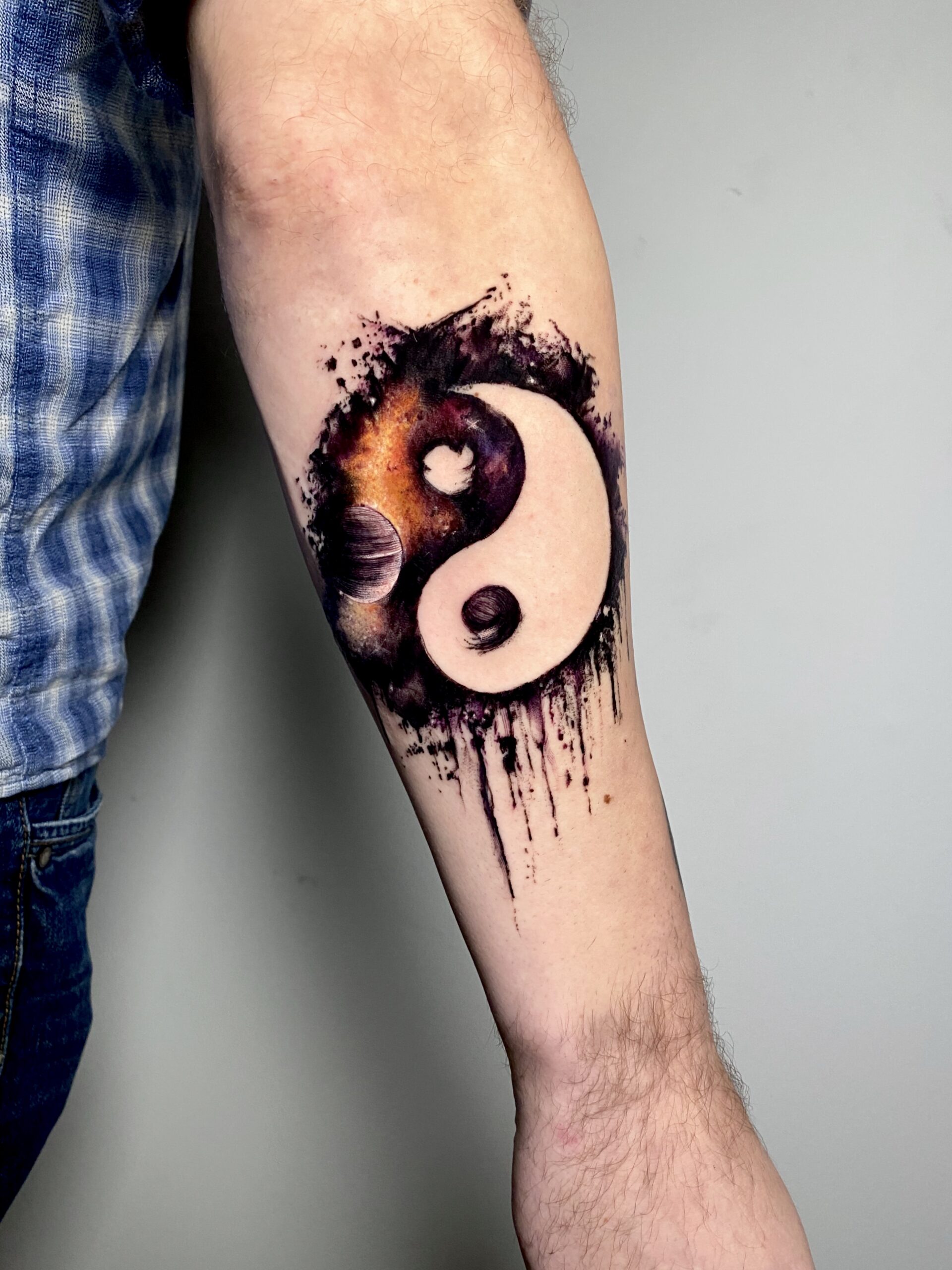 If you need help with your next tattoo project, send us your idea and one of our talented artists will contact you personally.

These 5 cool facts about tattoos will make you shudder and gasp in awe, not to mention, they make great conversation starters.

1. Tattoo ink was once mixed with urine

Yup, you read that right.

We all know Russia is a pretty hardcore place, but did you know they would sometimes mix black soot with urine to create tattoo ink?

This was commonly done in prisons where alcohol was not available.

Don’t worry, they only used their own.

This guy was a real jerk and would tattoo members of his royal court himself, for his own amusement.

We can assume that getting a tattoo in ancient Rome wasn’t a walk in the park, so those people endured a lot of pain for no good reason.

When Constantine took over as Emperor, he banned tattooing, even as a punishment.

For women who have undergone breast reconstruction surgery after cancer, there is an incredible way to make a fake nipple.

Tattoo artists can create a hyper realistic nipple in 3D, entirely out of ink.

4. One artist uses diamonds instead of ink to tattoo

Yair Shimansky is a jeweler from Cape Town, South Africa who specializes in the finest diamonds.

After being inspired by the best-selling book “Girl with the Dragon Tattoo”, Shimansky designed the world’s most expensive tattoo on a South African supermodel. He used 612 half carat diamonds and it cost $924,000 USD (€ 727.828).

Read also: How Much Do Tattoos Cost?

5. Eyeballs are tattooed with a syringe

Yes, it’s possible to get your eyes tattooed, and yes it’s a pretty tricky process.

The tattoo artist injects ink under the surface of the eye with a needle.

Ouch! This colors the sclera, aka the white part of the eye.

Many places have banned eyeball tattoos because of how risky they are.

Tattoos are not a recent trend, they date back thousands of years to the very first human beings on Earth.

There’s a lot of fascinating, inspiring, and sometimes disturbing history behind tattoos, making them all the more interesting.

Over time, both the methods and styles of tattooing have changed, as have their meanings and symbols.

One thing will not change though, and that’s people’s love for tattoos.