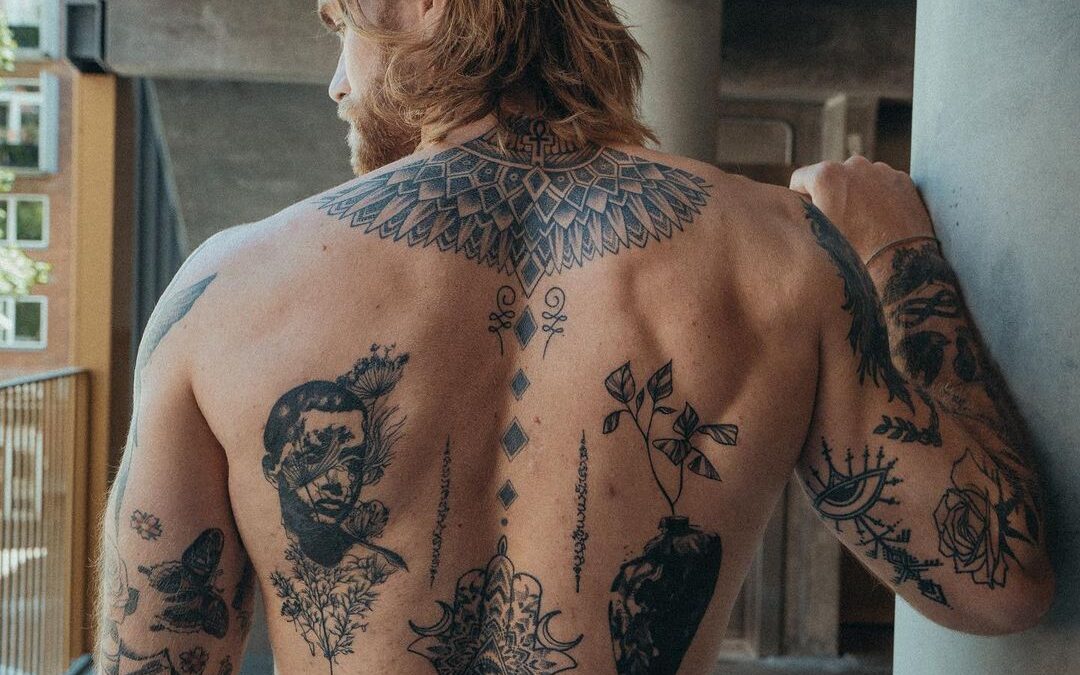 Did You Know Any of Them?

Tattoos are more popular than ever, and they are here to stay.

Although tattoos are mainstream nowadays, and possibly most people have one or two, there are some facts about tattoos that are super interesting and most people don’t know about it.

In this post, you will find a list of facts about tattoos that you probably didn’t know till now.

If you need professional guidance, contact us and our shop manager will get back to you shortly 🙂 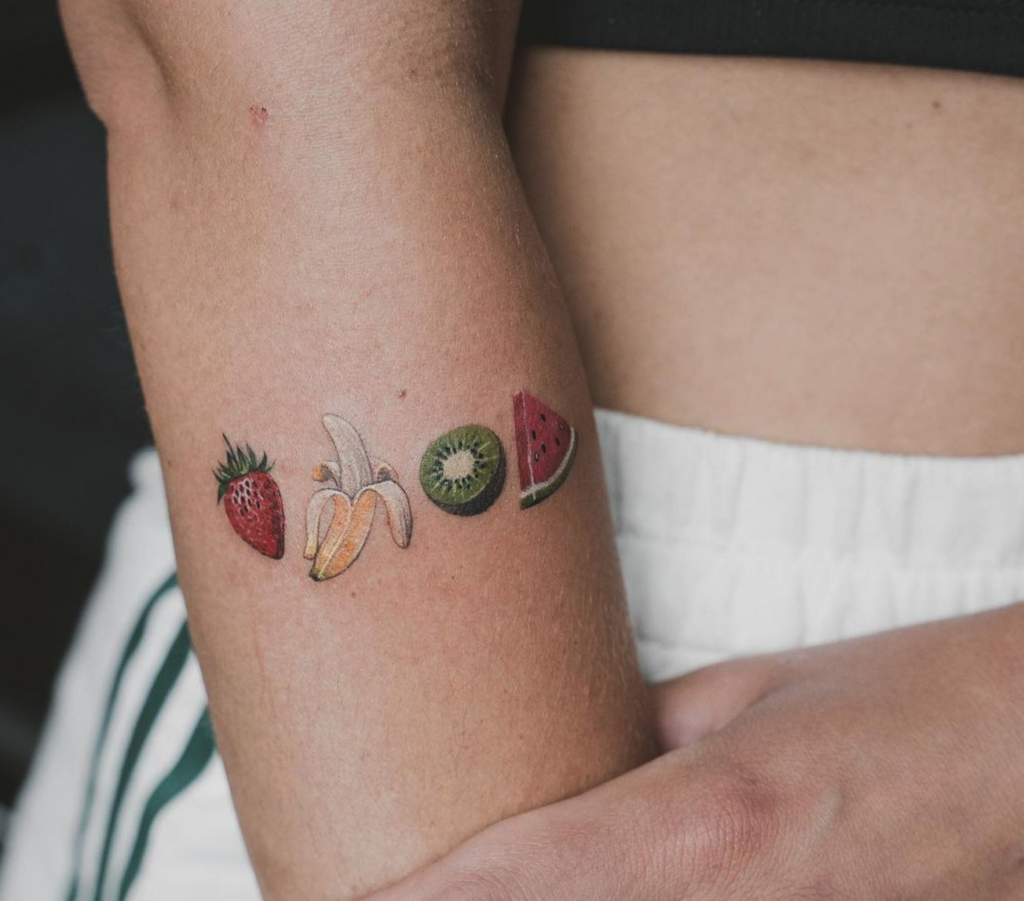 1. You can tattoo your eyeballs.

You read it right: you can get your eyeballs tattooed. How?

The tattoo artist sprays ink under the surface of the eye with a needle. This colors the sclera, also known as the white part of the eye.

2. Tattooed men are more attractive (according to research).

According to a survey conducted by a dating app in the UK, women are physically more attracted to men with tattoos.

3. The most expensive “tattoo” was made with diamonds.

4. The oldest evidence for tattoos dates back more than 5000 years ago.

Ötzi was a mummy found on a glacier in the Italian Alps. The iceman happens to be the oldest – 3270 BC- evidence to date of tattoos -61!-.

5. New Zealand is the most tattooed country in the world.

New Zealanders are the most tattooed people in the world. This is mostly due to the island’s Māori, who still get traditional Polynesian tattoos. 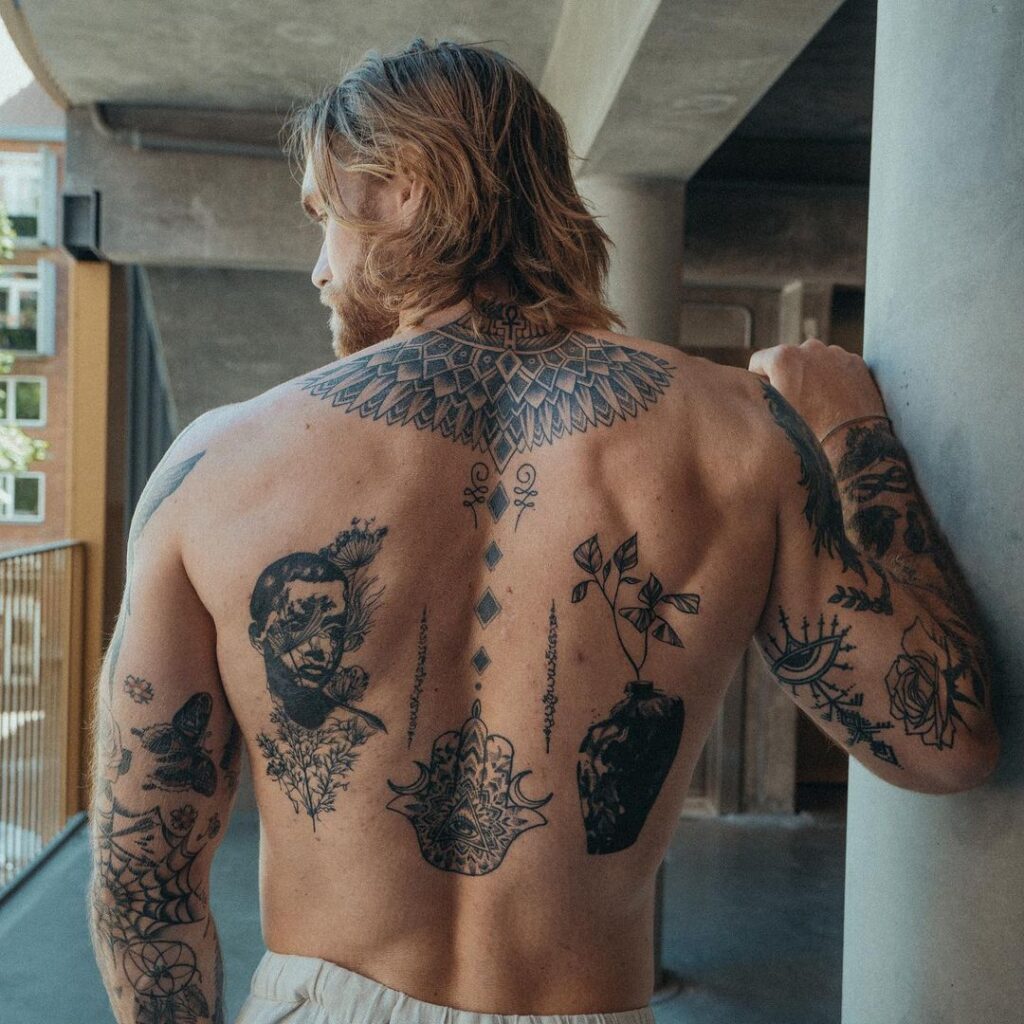 6. The first tattoo shop ever was in New York.

In 1846, Martin Hildebrandt, an immigrant from Germany, set up the first tattoo shop ever in New York. A few years later, the first electric tattoo machine was patented – based on Thomas Edison’s invention, the perforating pen.

A British man named Jack Reynolds got his first tattoo when he was 104. He currently holds the title of oldest person getting a tattoo for the first time.

8. You can donate your tattooed skin to a museum.

If you are fascinated by or like the idea of human tattoo canvases being displayed as art you can actually donate your skin to a museum when you die. A man named Geoff Ostling is doing just that and giving his floral-patterned body to the National Museum of Australia upon his death.

9. The word tattoo comes from the samoan word “tatau”.

The word mimics the tapping sound of the tools used during the process of tattooing. 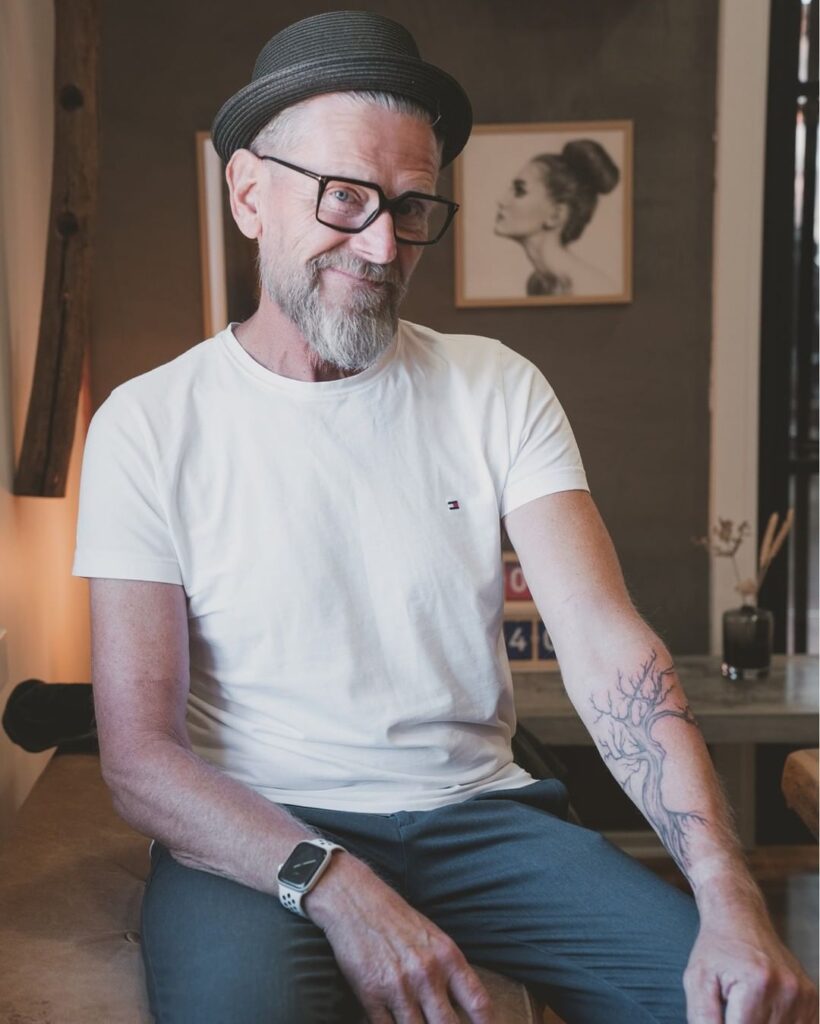 10. Tattoo ink used to be mixed with urine.

We all know that Russia is a pretty rough place, but did you know that Russian prisoners sometimes made ink out of urine mixed with soot when they couldn’t find anything else?

11. Romans used tattoos as a punishment.

The Roman emperor Caligula punished people with tattoos. We can assume that get a tattoo in ancient Rome wasn’t a walk in the park, so these people endured a lot of pain for no good reason.

When Constantine took over as emperor, he forbade tattooing, even as punishment.

In 2008, Mattel did a collaboration with Harley Davidson, where Barbie had a big pair of wings tattooed on her back. Later in 2009 the Totally Stylin’ Tattoos Barbie was released, where the infamous doll came with tattoo stickers.

13. You can get your nipple tattooed after breast cancer.

For women who have undergone breast reconstruction after cancer, there is an incredibly effective way to make a fake nipple. Specialized tattoo artists can create a hyperrealistic nipple in 3D, made entirely of ink.

Lucky Diamond Rich, native from New Zealand, is currently the most tattooed person in the world. It’s estimated that Lucky has spent more than 1.000 hours under the needle, covering places like his eyelids, the upper part of the ear canals and even his gums! 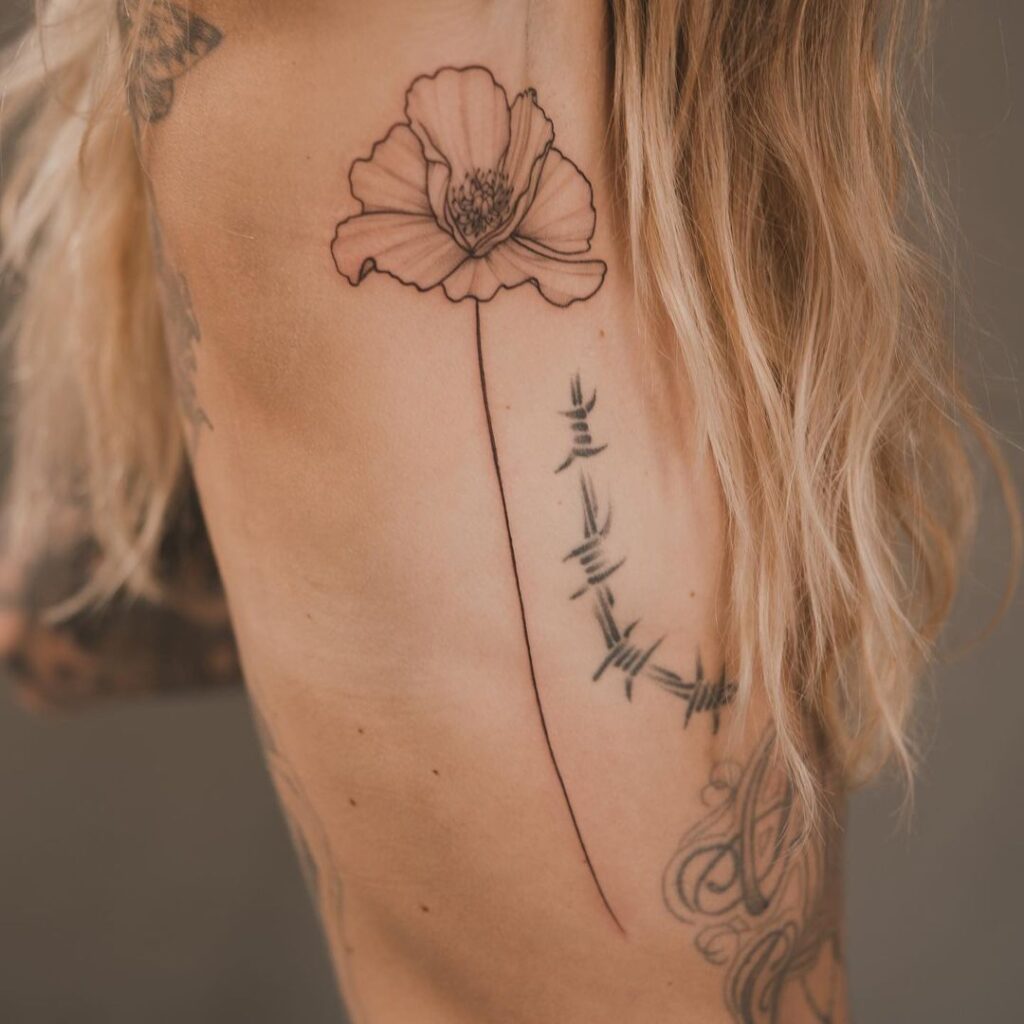 15. In Maori culture, tattoos are a symbol of status.

Their tattoos worked similar to an ID, passport or resume, except that it was printed on their face, usually around the mouth and nose.

16. Head and hands are two of the most painful places to get a tattoo.

In general, the most sensitive areas on the body are also the areas that are most painful to get tattooed on. This includes places with many nerve endings such as the face, hands, genitals, neck and nipples. Areas where there are bones with little or no fat around are also the most painful, such as wrists, ankles, feet, collarbones, ribs and elbows.

When injecting ink into the skin, the needles attached to the machine moving up and down can vibrate from 50 to 3.000 times per minute. 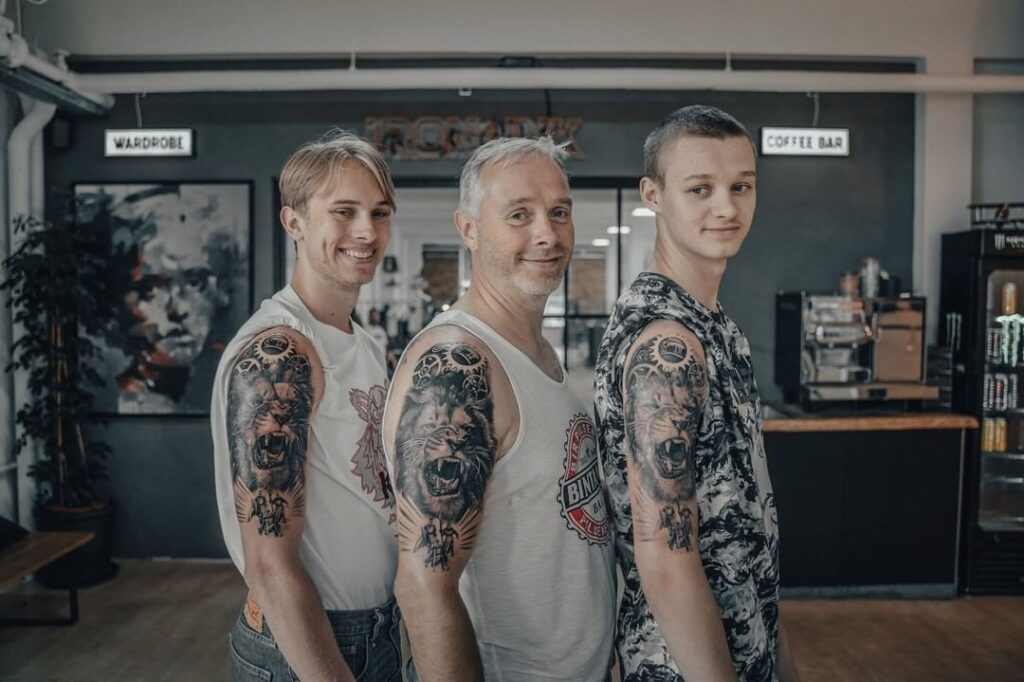 The longest tattoo session ever was achieved in Vologda, Russia on September 12th, 2019 by Aleksandr Pakostin.

19. Black ink is easier to remove than yellow ink.

Contrary to common belief, black ink (along with dark green) is easier to remove that lighter colors like yellow or purple. The reason is that different dyes respond to different light wavelengths.

After getting tattooed, the outer layer of the skin typically takes 2-3 weeks to heal. However, the layer underneath can take up to 6 months to fully bounce back to normal.

We hope you found this post interesting and you learned some cool facts regarding the fascinating world of tattooing!

If you have any questions regarding tattoos or you are considering getting one soon, feel free to contact us through our social media or our contact form and we will get back to you shortly 🙂